Macanudo has been around for decades; in fact, more like a century. And as you can deduce, any cigar brand that is this time-tested has something to say. Macanudo actually means magnificent in Spanish. And magnificent has been the testimony of many aficionados who owe their first cigar experience to Macanudo Cafe.

As we trace the history and highlights of the Macanudo story our focus will ultimately be on the Macanudo Inspirado line which is often referred to as the brand’s renaissance.

Edgar M. Cullman is the great grandson of Ferdinand Cullman, a cigar-making connoisseur who began his cigar business in America in the late 1840s. After purchasing Macanudo, Edgar Cullman garnered experts in the field to curate Macanudo into a world-famous cigar brand. Among the experts was Ramon Cifuentes, Alfons Mayer, and Daniel Nunez.

Alfons Mayer is the one who chose Dominican, Jamaican, and Mexican tobacco for the original Macanudo blend. In 1971, under Ramon Cifuentes, Macanudo was launched donning a decadent Connecticut Shade grown wrapper aged 2-3 years. This was the beginning of Macanudo’s world popularity. Over the years Macanudo’s brand grew with various wildly successful lines including Macanudo Vintage Selection, Macanudo Gold Label, Macanudo 1968, and Macanudo Cru Royale among others.

However, only one line has been called the Renaissance; Macanudo Inspirado.

So what is it about the Inspirado line? Debuted in 2014, the Macanudo Inspirado line of cigars was initially meant for the European market. However, after taking the world by storm in just a few months, it was introduced to the USA market in 2016.

“In 2016, we released Macanudo Inspirado in the U.S. and the brand immediately won favor among critics and discerning smokers. We’re pushing the envelope, and cigar lovers of all levels of experience are being drawn to Macanudo. They are attracted to the brand’s heritage, quality and versatility, and see Macanudo as a cigar that enhances their smoking occasions.”

And they have proven their ability to revitalise, reimagine, and rebrand Macanudo for the new and younger type of cigar lovers.

Macanudo Inspirado: Evolution of an Icon

Macanudo Inspirado comes in various colour-coded blends. We have the Orange, White, Red, and Green which all mean something to the company and the lover of the leaf. Here is a breakdown of the various blends. 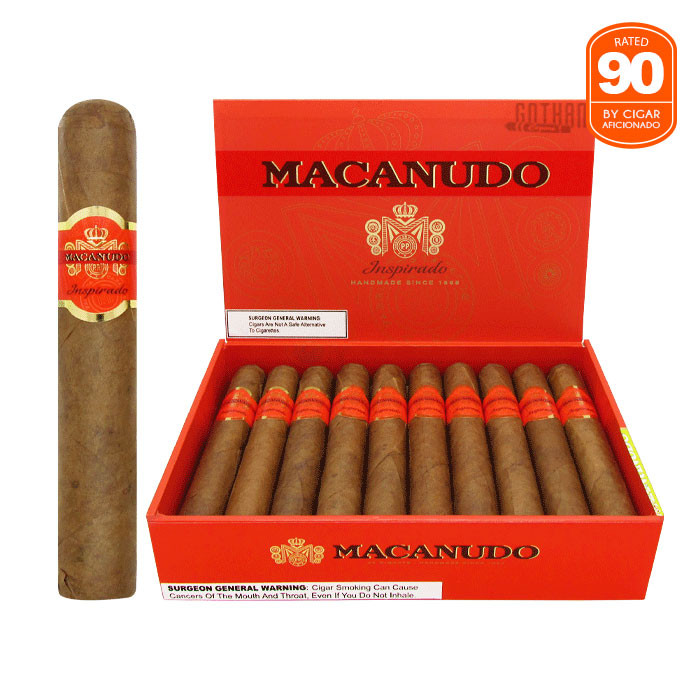 Macanudo Inspirado Orange flaunts Dominican, Honduran, and Nicaraguan fillers cloaked in a Honduran binder and finished off with a beautiful honey-brown Honduran wrapper.

Truly, it is difficult to capture in words the depth, complexity, approachability and quaintness of Macanudo Orange’s flavor profile. Expect a beautiful symphony of cotton candy sweetness, nuts, baking spice, wood, hickory, citrus, cherry-raisin bread, almonds, creamy butter, and mineral earth. This is the perfect beginner cigar because it has barely any pepper or harshness of any kind. The aroma of the smoke is so pleasant, almost like a bakery. Grab yourself one in any of these sizes Robusto (5 x 50), Tubo (5 x 50), Toro (5.75 x 52), Gigante (6 x 60), and Churchill (7 x 50) 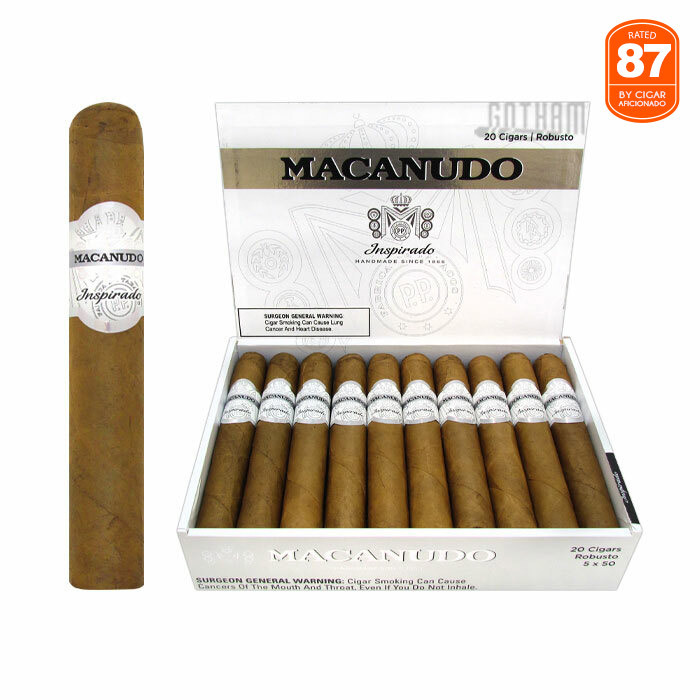 Released in 2017, Macanudo Inspirado White is the mildest of the Macanudo line. It's a beautiful, simple yet complex stogie with subtle sweet and spicy notes all over the length of the smoking experience.

Macanudo Inspirado White is a supremely balanced smoke that takes subtlety to a whole new level. Expect silky smooth creaminess all through the smoke. Secondary notes include sweet grass, earth, cedar, tangy citrus nuances, and soft peppery heat. Overall this dainty smoke caps the strength at mild medium and the body at a full medium. 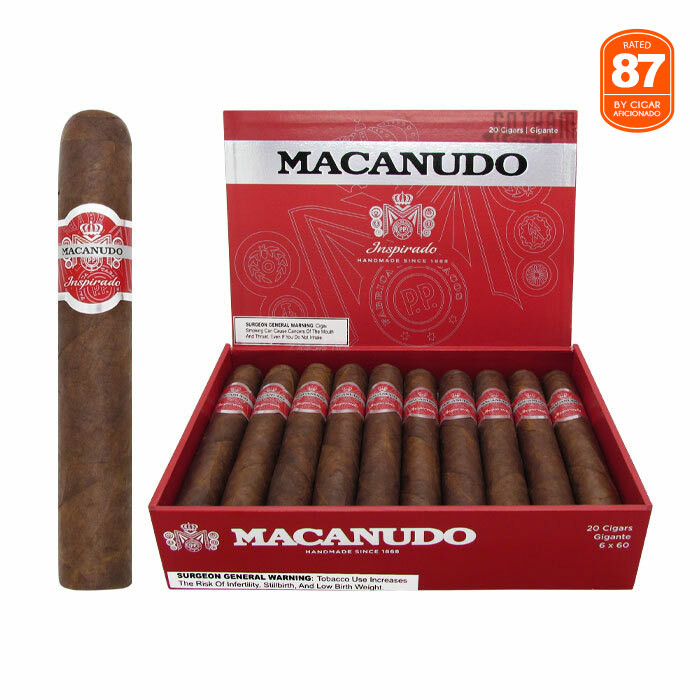 Thirdly, Macanudo Inspirado Red is slightly bolder than the rest of the offerings in the Macanudo Inspirado line. It is feisty with red pepper flakes and cinnamon right in the first draw. But once it settles there are pleasant creamy notes commingled with musty earth, dried fruit sweetness, baking spice, cedar, and nuts cupped off with an engaging mineral nuance.

And finally, this is the first Macanudo to be rolled at General Cigar’s factory (STG) in Esteli Nicaragua. It comes in three sizes Robusto Box Press (5x50), Toro (6x50), and Gigante (6x60) 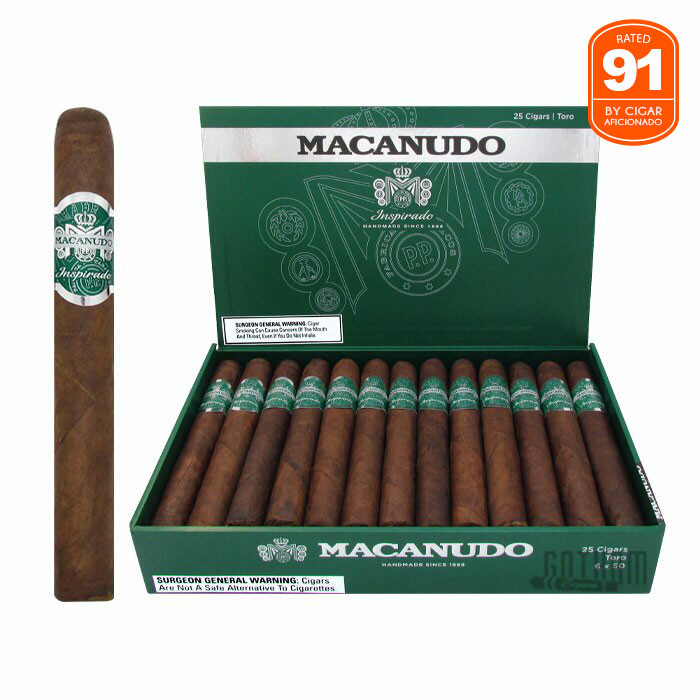 “The Green has a Brazilian Arapiraca wrapper, and it is the first time Brazilian tobacco has been used in the Inspirado line. Green was chosen because the colour green is prominently used in the Brazilian flag and the country is known for its lush green landscape.”

Expect deep coffee bean notes fused with cocoa, earth, licorice, and cedar. Significant heat from red and white pepper may be constant in the back of the throat and retrohale. A rich creamy flavor coats the whole smoking experience so that ultimately you have a medium strength, full bodied smoke that’s perfectly balanced.

If you’ve never heard of Macanudo Inspirado it’s likely that you’re a newbie, but that’s okay. Now you have heard and already know where to start exploring this wonderful line of cigars. Let us know your favourite Inspirado and why in the comments.