Free Shipping on Orders Over $199.00! Use Coupon Code JANFR23 at Checkout! (Applies to U.S. Shipping Only) 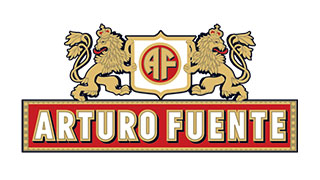 Arturo Fuente Cigars Company celebrated their 100th year of dedication and hard work in the cigar industry in 2017. This family owned company was established in 1912 and is operated in the Dominican Republic. It started with humble beginnings of Fuente blending and rolling cigars in the back of his own house with his wife and became a global benchmark for the cigar industry.

Fuente’s main focus was making quality cigars with quality tobacco, craftsmanship and patients to make a remarkable cigar that is loved by many. In 1912 Fuente came to the US and founded his cigar company in Tampa FL at the age of 24. All the cigars at this point were handmade with Cuban tobacco.

ATragedy struck in 1924 when his factory burned down while he was in Cuba buying tobacco. By 1940 he started making cigars again. When his two children became school aged, he added rolling 50 cigars each to their homework every day after school.In 1962, after the Cuban Revolution, Carlos Arturo Fuente was in Cuba and after hearing about the possible trade embargo, he decided to by as much Cuban tobacco as he could so he purchased a 3 year supply of Cuban tobacco. In 1978 the company experienced another factory fire in Honduras. Losing a factory once again was proving to be another setback, luckily they could still produce cigars in the Ybor City FL location, but they were nearing bankruptcy. In 1980 Carlos Fuente opened Fuente LTD in Santiago, Dominican Republic. The following year, the Hemingway series was released. This unique shape was the first of its kind in the industry and helped to finally put the company on the global map. 100 years later the Fuente family continues to make the world’s finest cigars for generations to come.

Arturo Fuente Cigars are one of the best selling cigar brands.  Their cigars are rich flavored smokes that truly are a blend of art and craftsmanship as one would expect from a brand with their history. With an all-consuming passion for cigars and an unwavering dedication for quality, the Fuente family makes some of the worlds finest cigars with the utmost amount of love, pride, and a personal family touch.

Don Carlos Cigars are yet another sensational blend of rich flavor, flawless wrapper color and superior construction from the Fuente family. Don Carlos Cigars are made exclusively from the highest quality vintage tobaccos which are carefully selected from a private reserve. They are rich, spicy and full bodied. Wrapped in the most aromatic, elite Cameroon wrappers allows these cigars to be the ultimate in construction, consistency and flavor.

The Hemingway series is considered to be one of the most celebrated and sought-after cigars in the world. These cigars are handmade by only the most experienced cigar makers, each of whom are limited to only creating 75 cigars per day. They are aged for six months to fully enhance the flavor and aroma in cedar lined aging rooms. This series of cigars are rolled in grand fashion from the finest Dominican tobaccos and Cameroon wrappers. In terms of flavor, Fuente Hemingway Cigars are medium-bodied and rich with a hint of sugar and spice.