Mark Twain Memoir No. 2 are medium to full bodied smokes that pack a punch. These 6 x 60 gordo cigars feature a hearty blend of Nicaraguan long fillers and binder finished in a dark Pennsylvania Broadleaf maduro leaf wrapper. Rich flavors of pepper with notes of cedar, hay, coffee and cream roll over your palate. Mark Twain Memoir No. 2 are available in five packs and boxes of 20 cigars. 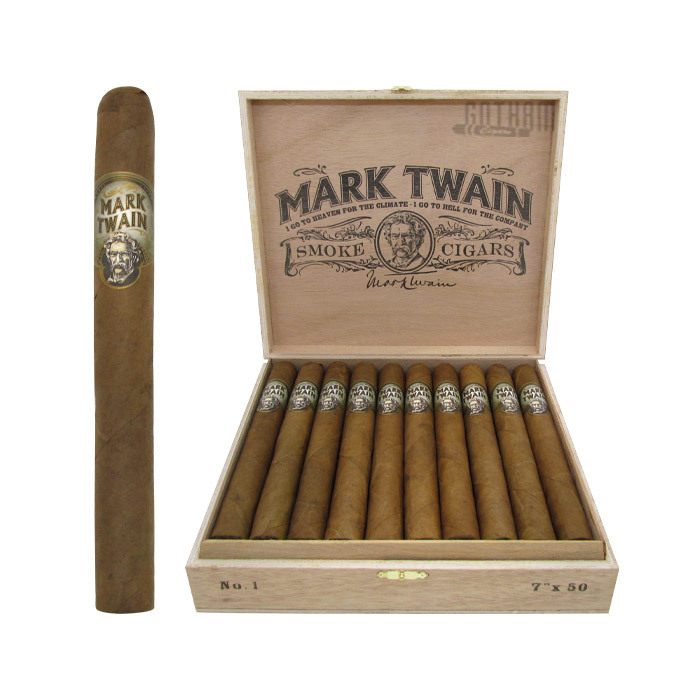 The cigar looks fairly unremarkable at first glance. Its Connecticut shade wrapper is a silky medium brown with just the slightest hint of an oily sheen. The cigar is extremely thick and long. It is a bit squishy, showing that it has not been packed as tightly as possible. There is some minimal veining, but it is hardly noticeable unless you look closely.

The pre-light aroma of the Mark Twain is a rich, nutty scent with a hint of leather. A cold draw reveals a strong taste of nuts and leather, with an appealing hint of vanilla.

The first few draws of the Mark Twain offer little to no resistance, which is often a sign of a cigar that has not been packed as tightly as possible. However, these draws do produce a bountiful amount of resinous smoke, which is thick but not overly so. The finish is quite short, but that is to be expected with a more affordable cigar.

The body gets a but smaller in the middle part of the cigar, but it was still on the larger side. The nutty and woody flavors continued through the final portion of the middle of the cigar as it transitions to the final third of the stick. 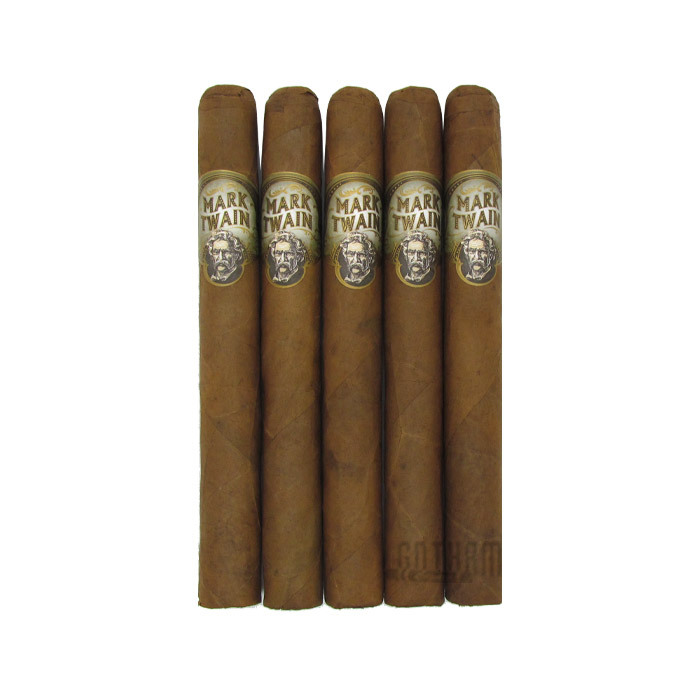 This is hardly surprising, considering the other hints that the cigar is not packed as tightly as it could be. It is also worth noting that the cigar's smoke became quite hot with about an inch left of the stick, at roughly the same time that the cigar became a bit squishy. It's probably best to simply throw the cigar away when there is only an inch left instead of smoking it all the way down to the nub.

The Mark Twain Cigar is Worth a Try

In conclusion, the Mark Twain cigar is a solid but imperfect smoke. It has nice mellow flavors of wood and nut with a hint of vanilla sweetness thrown in. It does have a slight bitterness in the mid-third, though this fades away. The cigar's main problems all stem from it not being packed as tightly as possible with its tobacco. This leads to a bit of a squishy stick before you start smoking. It also leads to the large cigar smoking quite quickly. Finally, loose packing also causes the smoke to get hot and the last part of the cigar to get squishy. However, the low price of the Mark Twain cigar means that it is still worth a try.