Recently, we did an article on My Father Cigars and how this incredible brand continues to awe cigar aficionados with its incredible blends. More specifically, we spoke about the iconic My Father cigar and its impressive array of accolades. We are not done yet.

If you know anything about My Father Cigars, then you know almost the entire collection of cigars in the brand boast 90+ ratings and bold, unrelenting Nicaraguan flare. Today we pick the My Father Flor de las Antillas. This cigar is a force to reckon with in its own right. If you have never tried this cigar, you are in for a treat! But first…

A Little My Father Cigars History

My Father Cigars is a family owned cigar conglomerate run by a father (Jose Pepin), son (Jaime Pepin), and daughter (Janny Pepin). Founded by Jose Pepin Garcia (Don Pepin) in 2003, My Father Cigars got its name from its most prestigious blend (My Father). This blend was Jaime Pepin’s super successful attempt to honour his father. Afterwards, what was formerly El Rey de Los Habanos became My Father Cigars.

A year later, Jose Pepin created an equally successful blend to honour his own father. My Father Le Bijou 1922 cliched Cigar of the Year in 2015. Now, let’s talk about the decadent Flor de Las Antillas.

My Father Flor de Las Antillas, commonly known as the “Flower of the Antilles”, is a sun grown Nicaraguan Puro donning extremely high-quality premium fillers and the most exquisite sun-grown Corojo wrapper from the exclusive Las Maria farm. It was named as a tribute to the largest island of the Antilles, Cuba, where the family's cigar-making heritage was incepted.

Jose Pepin is a world-renowned cigar maker and a sucker for the Cubanesque style. Thus far, Flor de las Antillas is one of the highest rated non-Cuban cigars with a 96 CA rating. Keeping in line with the Cuban theme, My Father Flor de Las Antillas uses first 19th Century Artwork giving it an old-world Cuban allure.

And speaking of appearance, My Father Flor de las Antillas walks the delicate line between old Cuban charm and modern flare. The one of a kind wrapper is flawless and slightly trunk-pressed while the band is die-cut and textured. All things considered; this stogie is a looker. It feels like an appropriate time to explore Flor de las Antillas tasting notes. Afterall, I am sure at this point, your interest is piqued. 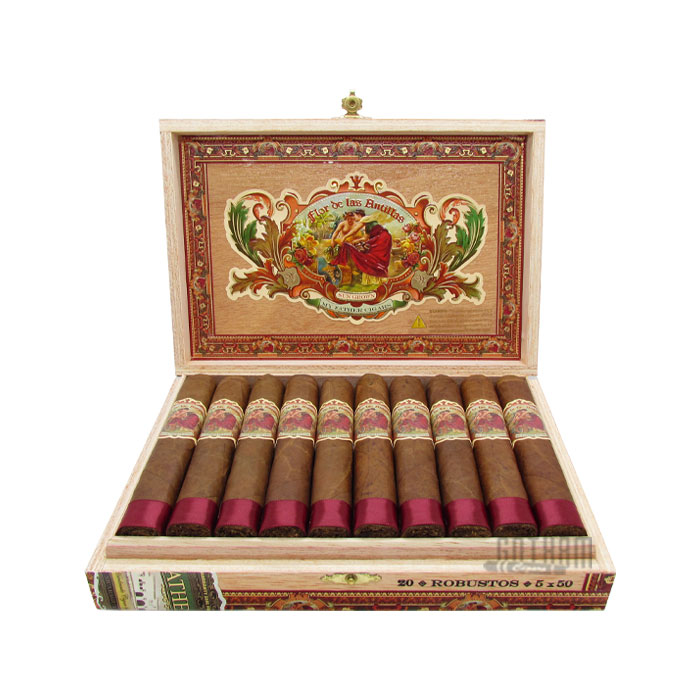 Before we go into the subtleties and nuances of this legendary blend, let us talk a little about how it’s made. First off, you will be surprised to learn that Flor de las Antillas wasn’t even a major release. In fact, the first batch was a bandless obscure celebratory release at Federal Cigar’s 91st birthday sometime in March 2012. Granted, the official debut happened shortly afterward, but it was never a major event.

So, to win the Cigar of the Year title 2012 was quite an accomplishment and a shock to a market that had largely not heard of this cigar. Cigar aficionados and critics everywhere came to appreciate the complexity of this charming Nicaraguan Puro and agreed that it really did deserve the number 1 slot so shortly after its release.

My Flor de las Antillas presents with a rugged-looking shaft with a smooth velvety feel. Weirdly, even though the wrapper leaf has a rugged look to it, the construction is flawless. There is uniform give all through and you can truly appreciate Jose Pepin’s signature double wrapper and triple cap.

The shaft gives off notes of cedar, summer-kissed hay, and dry earth. Upon drawing, the cold draw offers the perfect milkshake draw with just the right degree of resistance. I can taste subtle notes of cocoa, wood, barnyard, and nuts. 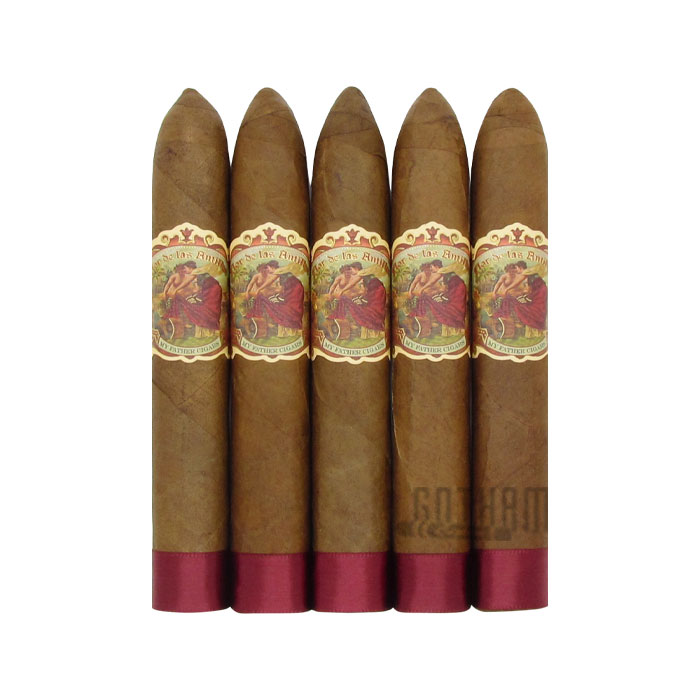 From the first draw, you can tell this is not your typical Jose Pepin smoke. You will be greeted by decadent notes of nutmeg, cinnamon, brown sugar and a symphony of delicious baking spices. The smoke is a warm fusion of nuts and a shy white-pepper nuance.

This is one of those smokes that you can truly sit back and enjoy. The smoke is sufficient and the burn is beyond reproach

As I wade through the mid third, its difficult for me to keep up with the transitions. There are no stack transitions perhaps because this cigar is so balanced. All I know is somewhere towards the start of the mid third, there was a delicious citrus note. It’s fleeting and delicious; I can’t stop chasing it.

The basic flavours are extremely refined notes of cocoa and nutmeg on an earthy and leather background. My fleeting citrus note zooms in and out in the retro coupled with an all but gone white pepper nuance.

As my mid third comes to a close, I noticed an implicit floral note on the nose and back of the throat. The smoke is still very creamy, smooth, and luxurious. I still can’t say that the strength is a medium. To me, it’s a mild-medium kick at best but definitely full-flavoured. My ash is a gravity-defying tower- I am kinda proud of it. The smoke is still sufficient, thick, and pleasant.

In to the final third, I can finally feel a kick in the nicotine. The flavour profile goes a tad dark with heavier notes of cedar, nuts, cinnamon, earth, and leather holding down the fort. Thankfully, the savory citrus note holds up to the nub while a little white pepper comes back to the tongue and nose.

I like that this cigar never goes harsh even as the profile went dark. I ended up with a nub I could no longer hold. It was a great smoke. 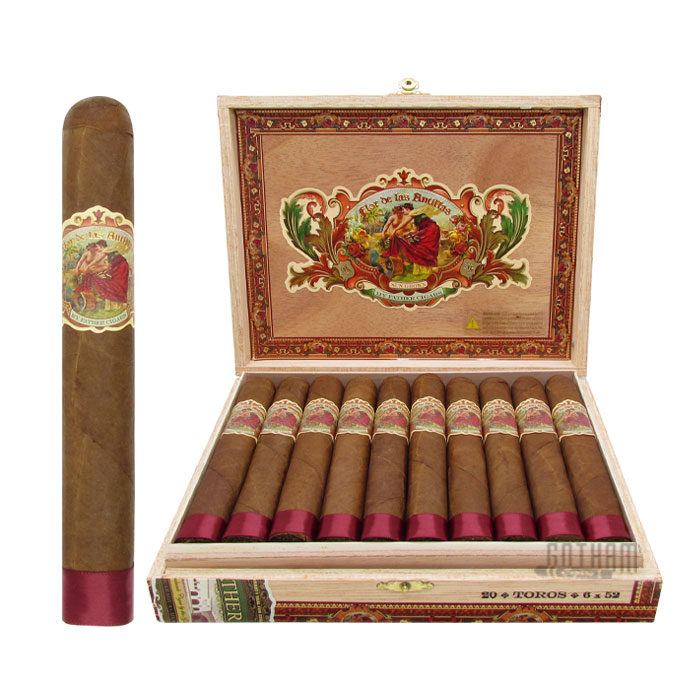 I can, without a doubt, see why Flor de las Antillas got the Cigar of the Year 2012 title. It is an unusual and daring off-the-beaten-path attempt by Pepin to give us a different experience. It worked! It is no wonder some of the industry’s giants work with Pepin to craft awe-inspiring blends.

Obviously, there is no reason why you shouldn’t have a box of these in your humidor right now. Run, don’t walk and grab yourself a box today.