The My Father cigar brand is a legendary brand in the industry. The founder of the brand, Jose Pepin Garcia, was born in Cuba in 1950 and he loved and had a strong passion for cigars, even in his younger years. He opened the My Father cigar factory in Nicaragua back in 2009 and he is now one of the most significant cigar makers in the United States. Jamie Garcia is his son and he is also an important figure in the cigar industry, as well. Quite a few cigar lines made by My Father have earned 90+ ratings and won Cigar of the Year awards.

The Connecticut cigar of the My Father brand was made in Nicaragua at the My Father cigar factory located in that country, specifically in the city of Esteli. It includes both fillers and a binder from the country of Nicaragua. This adds an excellent and appealing background to the cigar in the form of the spice notes in addition to the earthy notes you typically get with a My Father cigar. The Connecticut cigar comes in an Ecuadorian Connecticut wrapper and this wrapper both looks great and is smooth to the touch, as well. 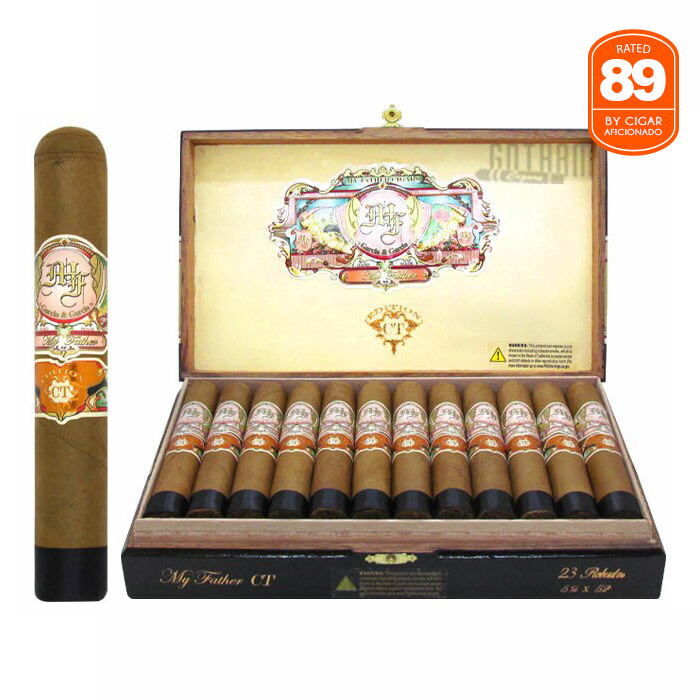 It is also worth noting that this cigar gives you excellent value. It is one of the cheapest cigars you can find from the My Father line of cigars, yet it is a high-quality cigar nonetheless. With the Connecticut cigar, you get a mild to medium smoke that is great for any time of the day, but it may be best smoked to start your day. Additionally, you get a cigar that provides you with plenty of interesting flavors as you smoke it as well. You cannot find many premium cigars at such a good price.

However, this is not all that this cigar has to offer, either. The My Father company claims that one of the types of tobacco used in the Connecticut cigar goes through a special fermentation process in order to increase both its aroma in addition to its flavor. There are certainly a few premium cigars that have tobacco that has gone through an extensive aging process. This cigar is no different in that regard. Alcides Montenegro, who serves as the advertising director and general manager of the My Father brand, says that this particular tobacco undergoes an aging process that takes three years in total.

The Connecticut cigar is interesting right from when you light it up. You get a strong earthy flavor right after you start smoking it. This is likely due to the fact that this cigar includes both a binder and a filler from the country of Nicaragua. You can also notice a bit of sweet hay and a note of grass. However, these flavors were simply fringe flavors for this cigar.

You will also notice some anise and cedar as part of the cigar's overall flavor profile. I also noticed a bit of red pepper flavor on the finish. I found that the retrohale of the Connecticut cigar tasted like pepper, nuts, and included a woody flavor as well. Once I had gotten about halfway through the cigar's first third, the flavor was a bit more subdued. The cigar's flavor at this point was a bit earthy, grassy, and woody and there was also some sweetness that tasted like graham crackers. I enjoyed this sweet flavor. 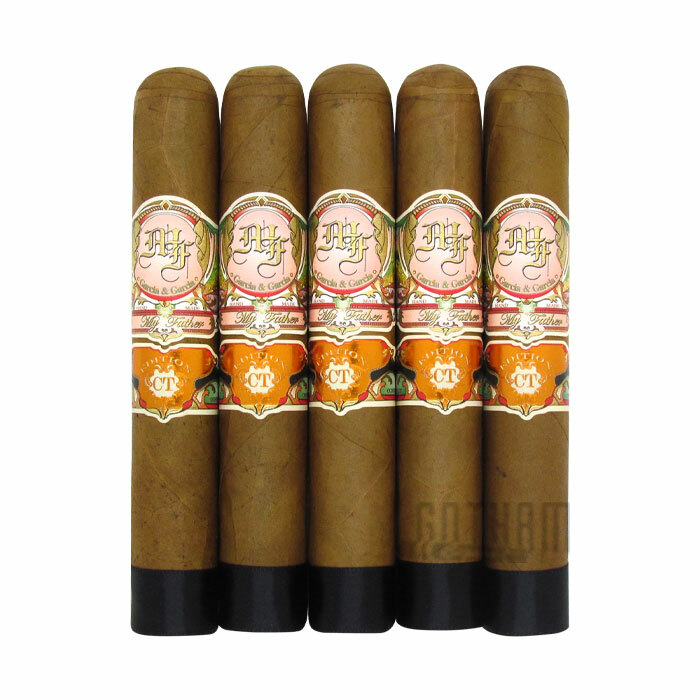 I found the flavor of the cigar's second third interesting as I was smoking it. The grassy flavor and the graham cracker flavor became more prominent at this point. However, at the same time, the earthy and peppery flavors seemed to fade into the background a bit. The flavor notes of the final third of the cigar were interesting, too.

As far as the flavor goes, the final third of the My Father Connecticut cigar was quite balanced. I noticed many flavors, from cedar, molasses, and grass to graham, coffee, and earth. The molasses flavor was subtle, but it still added to the cigar's unique flavor profile. The smoke was also quite creamy, as well. Additionally, I also have to note that the burn line of the cigar was quite even as I was smoking the final third of the cigar.

This cigar is quite unique for many reasons. However, the flavor profile is what I think makes this cigar stand out among other cigars from the My Father brand. You are sure to notice the cigar's many flavors while you smoke it. I should also add that the Connecticut cigar from My Father received a 90-rating, so you know it is a high-quality cigar.

The Connecticut cigar comes with a Nicaraguan binder and Nicaraguan fillers. The cigar is a Robusto and, as previously stated, it has a secondary band along with adding a black ribbon to the foot of the cigar. The color of the cigar is excellent, even caramel brown. It also smells like sweet hay and high-quality aged tobacco.