Montecristo 1935 Anniversary Nicaragua No.2 is a gorgeous soft pressed, torpedo shaped vitola. These medium to full bodied cigars are Nicaraguan puros utilizing hand selected tobaccos expertly aged from Esteli. The result is a sophisticated dance of flavors including notes of earth, spice, cinnamon and coffee with a sweet finish. Montecristo 1935 Anniversary Nicaragua No.2 is presented in attractive boxes of 10 cigars.

It is finally time to find out how this baby smokes. And this time round I chose the No. 2. Let’s get started, shall we? 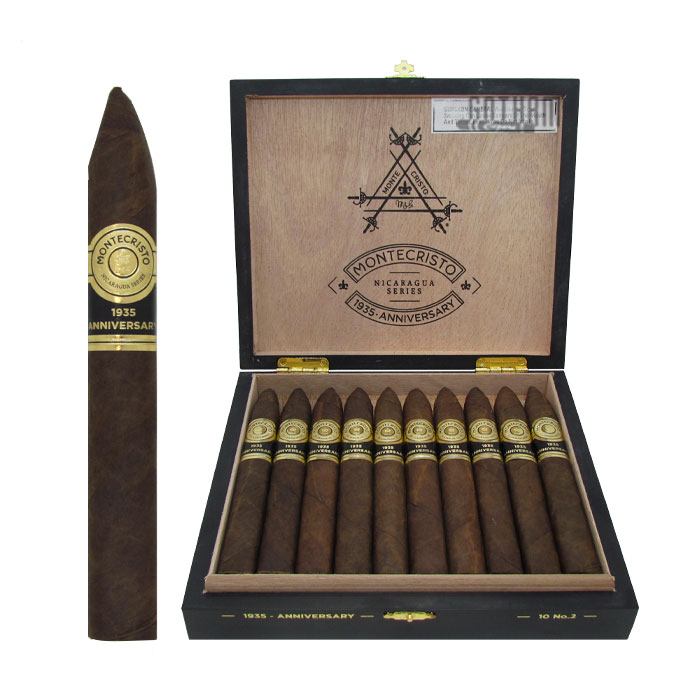 My No. 2 is a magnificent Torpedo darling with a flawless pale Colorado wrapper. The moderate box press and solid bunching feels luxuriously aristocratic in my hand. Veins are well pressed and seams are barely visible. The Montecristo 1935 Nicaragua carries a black and gold band that came off without hassle even before the cigar was lit.

There’s a striking contrast between the sharp gold and the black background on the band complimented by the dark wrapper. It’s a beautiful cigar.

Prelight notes include wood, cocoa, dark spices, a bit of sweetness as in dates, and a whole lot of earth. The foot presents sweet tobacco, baking spice, and red chilli flakes. Cold draw brings sharp tinges of pepper on my lips coupled with cedar and a barnyard nuance. The draw is perfect and so is the construction. Time to blaze.

My No. 2 opens with a blast of pepper the AJ Fernandez way. The pepper sits on my tongue and literally sets my sinuses on fire upon Retrohale. But it’s not all hell fire; beneath the pepper are sweet notes of cocoa, cedar, earth, and premium tobacco.

A few draws down the pepper recedes and subtle creamy musty notes appear. Implicit flavors of roasted nuts fused with a bready disposition and a skosh of rich creamy chocolate take over the base. Baking spice, musty wood, and flakes of pepper dominate the background and linger all the way to the next draw.

Retrohale still carries pepper notes comingled with sweet chocolate and earth. By the close of the first third, the strength is already teetering on medium to full. The burn as well as the ash are above reproach. 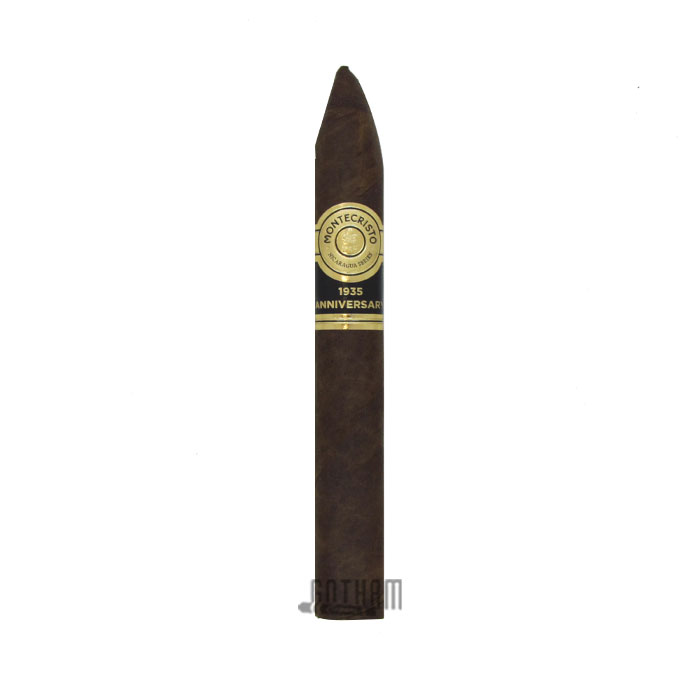 The mid third bursts into the scene with a fleeting citrus note. Pepper flakes are now confined to the tip of my tongue and a little on the Retrohale. The same flavors which were in the first third remain throughout the mid third with the addition of a few incentives here and there.

For instance, a delicious salted caramel nuance coupled with shy cinnamon and a vegetal herbal tea disposition zoom in and out at will. Also, a flavor that reminds me of buttered popcorn arises from deep in the abyss of Retrohale. I am finding this cigar very interesting in terms of off-the-beaten-path flavors.

As we ease into the final third, strength is close to full but not quite there. I realize I have not mentioned anything about the thick billowy clouds of smoke. This is truly an all-round magnificent smoking experience. I hope the final third blows my brains out.

Just when I thought this couldn’t get any better a leather note chimes in. The final third ties this entire stick together with sweet premium tobacco notes, salted caramel, baking spice, earth, cocoa powder and creamy musty woody notes. Retrohale brings pepper back with a bang meddled with that strange popcorn note and lots of earth.

Strength intensifies a smidgen. To be honest, I thought the strength would have smacked me upside the head right about now. But it simply stops and parks on the medium to full line. Nevertheless, it doesn’t take away from the experience; the flavor profile more than makes up for the slack in strength.

Montecristo 1935 Anniversary Nicaragua was definitely worth the wait. AJ Fernandez and his team did a remarkable number on this blend. I see many more of these Monties in my future.